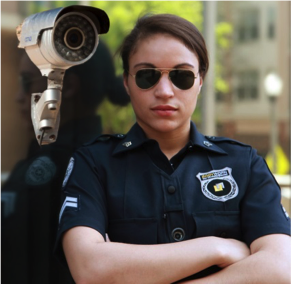 There is an explosion in the amount of data being collected for critical security implementations like video surveillance, which was a key topic at the recent ASIS business conference held in Anaheim California. ASIS, formerly known as the American Society for Industrial Security, a seminar and exhibition dedicated to security management issues, had thousands of attendees at the show and hundreds of exhibitors showing many ways to secure precious assets. These ran the gamut from industrial strength doors to security software and the ever present and growing security surveillance cameras.

State of the Art Video Preservation

The LTO Program sponsored a booth at the ASIS conference to demonstrate how LTO digital tape technology can store surveillance camera content securely and at an attractive low cost. Note that we said ‘digital’ tape – this isn’t your grandparents’ tape. This is state of the art, highly reliable data storage technology used to preserve video assets. 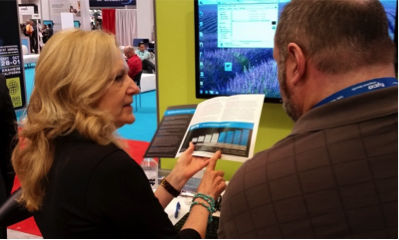 LTO technology has been available since the year 2000 with over 5M tape drive shipments and over 280M cartridge shipments to all industries around the world from banking to media and entertainment, and is now entering its 7th generation of this highly successful storage technology.

(Figure-1).  She pointed out that LTO-7 cartridges can store up to 6 terabytes of native capacity, and with compression up to 15 terabytes per cartridge. This can provide significant storage and floor space savings for users in all industries, and especially in rich media segments like video surveillance and media and entertainment.

How to Cope with the Video Data Bulge?

As noted in the white paper, “Coping with the Video Data Bulge,” by NewBay Media, the average amount of digital data generated per day by a single surveillance camera is about 40 gigabytes at standard compression rates. 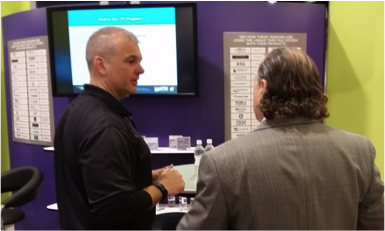 Consider that a site with 100 cameras (like a small jail or casino) creates 4 terabytes of data per day. Add high definition, 4k, and 8k formats and this becomes a huge Mount Everest scale of data to store and manage. Video content that needs to be kept long term for compliance and other policies should be moved to cost effective storage, which is LTO digital tape. It can then be kept securely offline where viruses and hackers cannot get to it, which also frees up the more expensive disk storage space and effectively reduces storage costs. 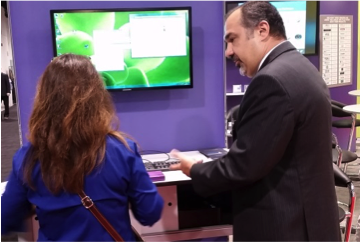 The Linear Tape File System (LTFS) can help users easily store and retrieve video files from LTO tape in a manner like using a USB or disk drive. Shawn Brume, LTO program rep, discussed with a conference attendee the ease of dragging and dropping files to and from tape with the use of LTFS (Figure-2). See how users benefit from LTFS. Another attendee was excited to hear about the 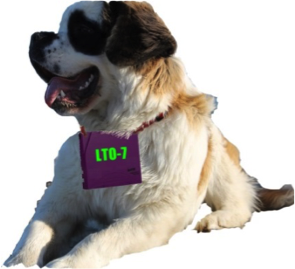 I Can Save Your Data!

Many private and public institutions have requirements for the storage of video surveillance content captured in a variety of environments such as parks, garages, buildings, squad cars and law enforcement officer ‘body-cams.’ Secure, low cost, reliable, high capacity digital data storage is needed for this type of implementation….LTO tape storage to the rescue!