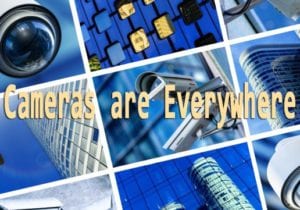 cameras are on almost every corner where humans roam, from city parks and parking garages to police squad cars and body cams. In this BlogBytes, we will discuss examples of crimes that have been captured on video security cameras and look into how the growth of video surveillance footage is causing IT managers to rethink how they store this critical content as well as how LTO technology plays a pivotal role.

We may think cattle rustling was a thing of the old wild west, but just a few years back a couple of rustlers were foiled when they became video stars. As reported in a HuffPost article, a 77-year-old Florida rancher was plagued by cattle rustlers, “…he discovered that roughly a dozen of his Hereford cattle were missing and contacted authorities. [The rancher] mounted an around-the-clock watch, guarding the cows that remained, but the case only broke open thanks to surveillance camera footage showing a truck running a traffic light on a deserted Florida highway.” The truck was hauling cattle and ran a red light at 3 a.m. with a trail of surveillance video that eventually led to the capture and arrest of the thieving poachers. 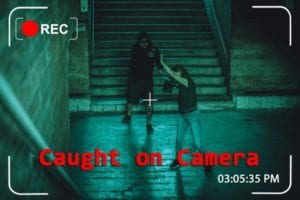 In another recent, more gruesome story, a man begged for his life, but was repeatedly shot in a parking garage, where video cameras captured the heinous crime. A reporter from the Miami Herald described that “Lopez was gunned down in March atop a parking garage in West Miami-Dade; surveillance footage showed that Lopez begged for his life before Paneque gunned him down, took something off of his body and drove off in a truck.” The article goes on to explain that, “The reputed Miami gang member [is] accused of murdering an associate on stunningly clear surveillance video [and] now faces the death penalty if convicted.”

There are many similar incidents where crimes might have not been resolved without the footage captured by security surveillance cameras. Answers.com noted that “…there are an estimated 30 million surveillance cameras now deployed in the United States, shooting 4 billion hours of footage a week.” Many organizations are now deploying high-definition cameras to get clearer, more detailed images that can more accurately portray activity, help with the identification of suspects and serve as evidentiary material.  High-definition video can provide better imagery, but it also creates huge files that can strain storage resources, especially since these large files – though rarely used –  must be kept for extended periods of time. As IT storage managers know, if content is rarely accessed, then there is no need to keep it on expensive disk technologies. For this reason, video surveillance content is a prime candidate for LTO technology. Here’s why:

Durability: LTO tapes can have up to a 30-year shelf life. 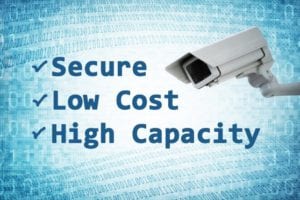 High Capacity: LTO-8 tape can store up to 30TB of compressed data (up to 12TB native).

Ease of use: The Linear Tape File System (LTFS) has made tape easy and intuitive to use, similar to using a removable USB flash drive.

Whether video surveillance content is stored at primary or cloud locations, IT storage managers are employing LTO technology and LTFS to economically preserve and protect the important footage.