The Persistent Threat Of Cyberattacks

Cybercriminals remain a constant threat and they are getting more sophisticated with each attack. Now they’re targeting your backups! Consider this: if hackers disable your backups, it will greatly hinder your ability to recover from an attack. In this BlogBytes we will review some recent victims of ransomware attacks and discuss what you can do to protect your backups and your organization with a little help from your friend – LTO Technology!

A recent ZDNet article reported an incident where, “U.S. prosecutors were forced to drop 11 narcotics cases against six suspected drug dealers after crucial case files were lost in a ransomware infection at a Florida police department.” Eleven cases worth of evidence could not be recovered after the police department suffered this ransomware attack. “Lost files included photo and video evidence . . .  [and] the dropped cases included charges for possession of meth, possession of cocaine, selling narcotics, manufacturing narcotics and delivering narcotics, among others.”

Law enforcement is a prime target for cyber criminals

In another story described by The Guardian, “A council in north-east England admitted it suffered a cyberattack that disabled its IT servers for three weeks, leaving it with a steep bill and concerns among residents that their local government infrastructure is in danger of collapse.” It was estimated that it will take several months to repair the damage and cost up to 18 million pounds (23.5 million USD). “For three weeks all council staff [had] been told they cannot use council computers, tablets or mobile devices and have been instead relying on pen and paper.”

There are numerous stories like these examples, ranging from attacks against large enterprises, municipalities, healthcare, financial institutions, to small and micro businesses – the typical corner shop down the street. It’s no longer a question of “if” an organization will be attacked, but more a matter of “when” and the threat is persistent regardless of the industry you’re in. 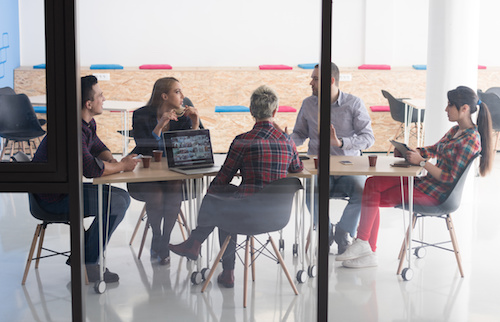 Businesses of all sizes should prepare a ransomware defense

If you’re looking for precautions to take that can help prepare and defend your organization against ransomware and security threats, a recent SearchDataBackup article advises taking measures to protect valuable data, the directory and endpoints, as well as deploying software to help with detecting malware in backups. The article also recommends the customary 3-2-1 backup rule, “. . . keep at least three copies of your data and store two of the copies on different types of media, with one of those stored at an offsite location.” LTO technology takes the backup rule to a new level of data security. Read on!

Another Layer of Defense to the Backup Rule

LTO Technology helps fulfill the criteria for advanced data protection and takes the traditional 3-2-1 backup rule a step further by recommending that one copy of backup data is housed offline, adding another layer of defense and modifying the rule to “3-2-1-1”. 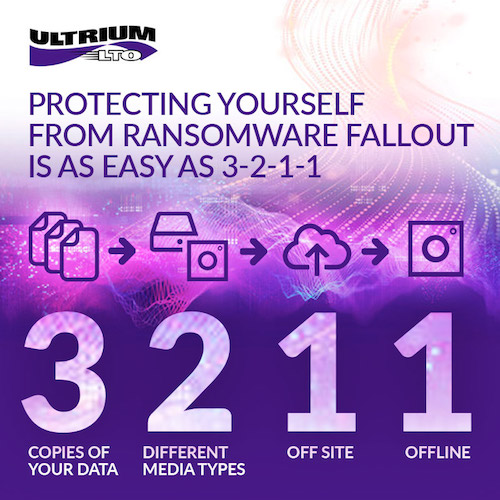 In a recent blog post, the UK’s National Cyber Security Centre (NCSC) updated their guidance on how to reduce the effect of malware and ransomware attacks as noted in a Computer Weekly article, “One part of the guidance that has been expanded  . . . is a section emphasizing offline backups as a more appropriate defense mechanism against ransomware.”  LTO tape data is intrinsically offline and therefore inaccessible by malware unlike network and cloud storage data. In addition, LTO tape is the lowest cost form of digital storage which means you can afford to store multiple copies of your data for ultimate security.

Protecting critical data against cyber threats is mission number one today and LTO technology plays a prominent role. See more about the value of tape in this video.