In this edition of BlogBytes, we’ll discuss insights from a prominent industry organization and take a close look at an LTO generation-8 use case study to help answer these questions and provide more details about modern-day use cases for tape storage.

Where does tape fit in the storage puzzle?

There are a number of factors that can affect the cost per GB of storage technologies that include: track density, areal density, and size/length of media. Let’s look more closely at a key variable: areal density. This is the measurement of storage capacity in relation to physical dimensions. By using smaller particles to store information, more data can be packed in the same space which increases the areal density. According to the INSIC Tape Technology Update paper HDD technology areal density growth has declined by about 80% on average during the past 10 years as compared to the previous six years. As discussed in the paper, “The slow-down in [HDD] areal density scaling has been partially compensated for by an increase in the number of platters and heads in an HDD. Looking to the future, there is considerable uncertainty regarding future scaling rates of HDD.” Let’s take a closer look at tape technology capacity growth potential.

According to INSIC, HDD areal density growth has declined even as data growth is exploding!

LTO tape technology operates at areal densities that are much less than HDD technology. In fact, tape technology areal density today is about two orders of magnitude less than disk. That is, fewer gigabits per square inch are used for today’s high capacity tape. This is goodness! It means that tape technology has lots of headroom to grow by using smaller and smaller particles which paves the way for increased capacity in the same form factor. For example, as explained in the INSIC update: “ … a 12TB Disk product must use 923 Gb/in2 vs [the] latest 12TB LTO-8 cartridge that only uses 8.5 Gb/in2. Meaning, tape can achieve the same capacity with only 1/108th of the areal density than that of the disk. The combination of tape area and the ability to increase areal densities is the main reason why tape [can] continue to enjoy the 40%/year capacity growth.” See the LTO Technology Roadmap here.

LTO Technology in Use

Let’s see how LTO technology and its areal density are put to use in a television broadcaster’s tape library environment to help preserve information and control costs:

GPM-ETV is an example of how LTO technology is used to protect data and conserve storage costs. GPM is a Moscow based entertainment television broadcaster with six very popular channels including TNT, TV3, Friday and Super, spanning the viewing landscape from feature films to romantic comedies.  As noted in this case study, the broadcaster had several pressing business needs that LTO technology was able to address.  These included: 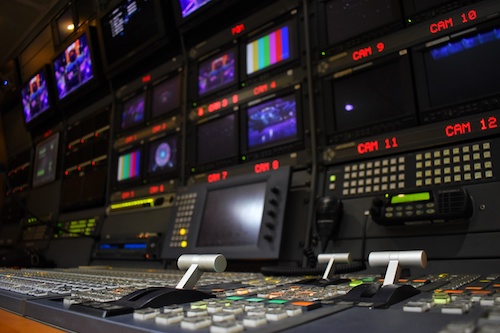 Bottom line: GPM knew it must protect and preserve program content at an affordable cost. In a recent TVTechnology.com article, Aleksey Kotikov, Lead Engineer for GPM-ETV’s Digital Archive Complex, explains that “After analyzing disk-based and tape-based archive solutions, we implemented two LTO tape libraries storing 5 petabytes (PB) of digital content with the ability to expand up to 20 PB, giving us lots of room to grow. All the material from every client, including source material and air masters, is stored in the [tape] archive 24/7, which preserves the content throughout the workflow.” Each LTO-8 tape cartridge can store up to 12TB of uncompressed data and up to 30TB of compressible data.  Kotikov emphasized, “The LTO tape solution was half the price of the closest disk offer and assumed an initial low-cost starting point with the ability to expand both the number of tape slots and drives during operation.”

The Value of Tape

LTO tape technology has a bright future ahead which is good news for storage managers that want to protect information while addressing budget concerns. See more about the value of tape and how LTO technology can be the right choice for your organization in a short video here.