In this BlogBytes we will analyze the key findings and direct you to the survey results so that you can examine the details first hand.
;

ESG recently conducted a user survey that examined the tape storage landscape for 2020. It was designed to understand the existing and emerging technology and business challenges and drivers influencing tape usage and purchasing strategies.

WHAT WAS THE STUDY ABOUT?

The survey assessed a number of key storage issues including how growing compliance requirements and ransomware are influencing buying decisions.

There were over 300 IT professionals responsible for data protection technology decisions that took part in the survey. They were from organizations with 100 or more employees with about one third in the midmarket tier and two thirds in the enterprise tier.

The respondents were from multiple industry verticals including technology, manufacturing, business services, financial and others.

Let’s take a look at a number of the key outcomes. 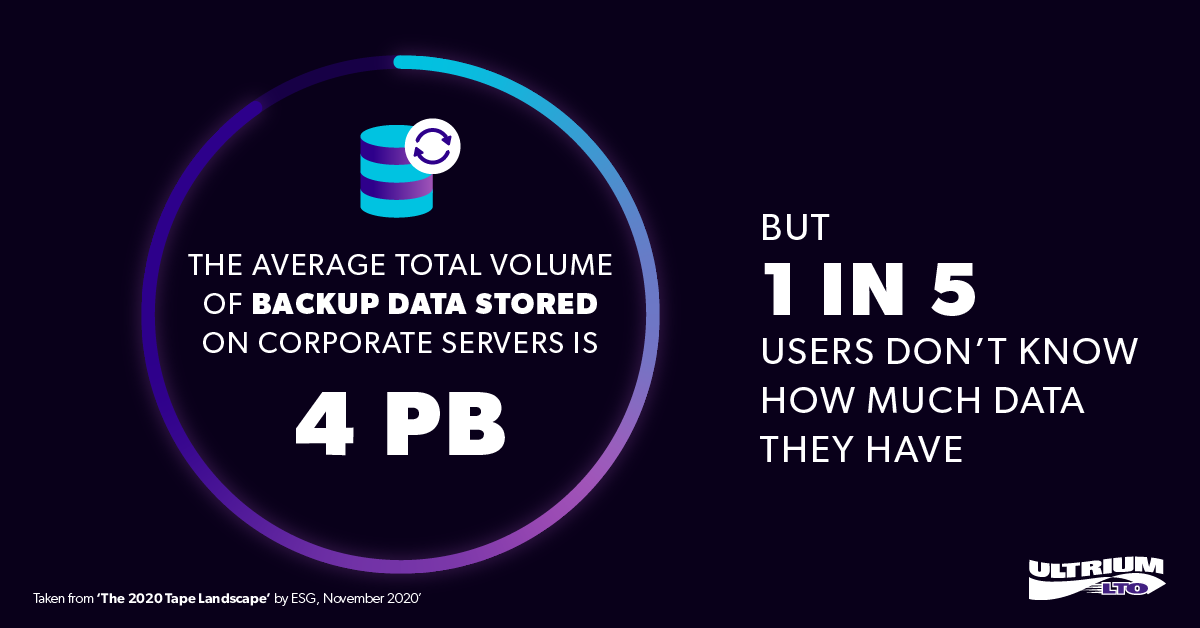 A typical tape user is managing PB of data

Data Growth: You know that data stores are growing by leaps and bounds based on your own experience but just to add some statistics; the survey respondents said that they had on average about 4PB of backup data and 3PB of archived data. Remarkably nearly a fifth of the respondents did not know how much data they had. Presumably, it can get unruly. In addition, when asked at what rate the data is growing annually some said that it is doubling every year with an estimated mean of about 40% growth in data stores each year.

Cloud: When asked where the data is being stored the survey takers specified that about 38% of the data is on tape with an expected future slight shift of data to cloud storage. Storage cost issues, data access time, security concerns and bandwidth issues were high on the list of challenges related to cloud storage. The expectation is that the data in cloud reserves will be directed to tape storage indicating that cost control and data security are key requirements on the ground and in the cloud.

Archive: The IT professionals were asked how long data is stored in the archive with 80% stating that they keep the archived data for 4 years and longer. Out of that, 28% said they keep it for 11 years to indefinitely! Hyperscale clients and those with more data are using tape more now than ever.  The respondents said that using active archives has improved data access, improved reliability and their compliance posture as well as their operational efficiency. Nearly 90% of the respondents use tape storage to support their active archive solution. 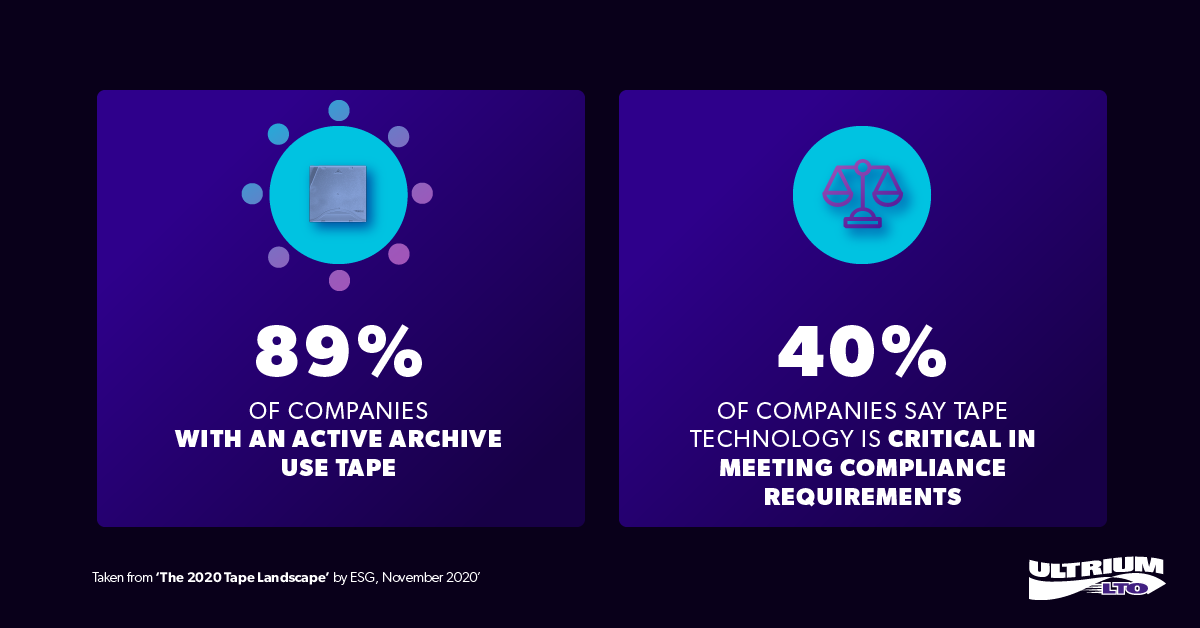 Use of tape for archiving is both widespread and deemed essential! 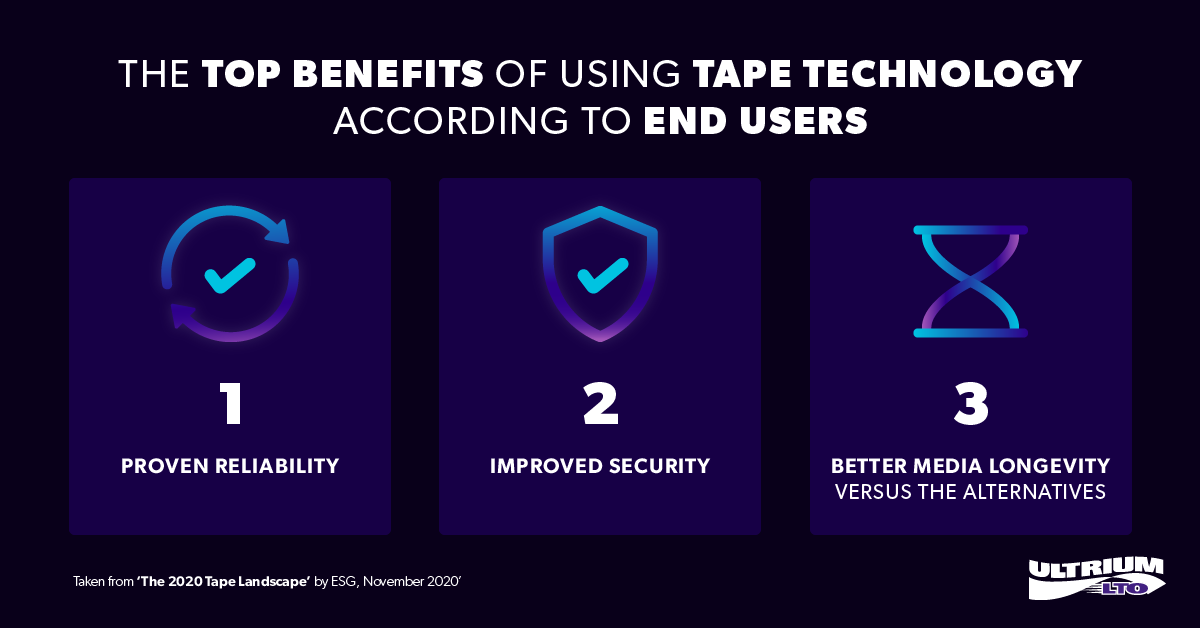 The top benefits of tape

The survey indicated that tape users sleep well at night. Respondents praised the use of tape storage for its proven reliability, optimized cost and improved security. In addition, they stated that their tape storage has media longevity, storage efficiency, flexibility in use cases, and expanded storage capacity.  Specifically, when asked what benefits their organization has realized as a result of using tape technology the respondents included the following:

Cost: Tape was designated as the lowest cost storage with 44% ranking tape as the most cost effective medium compared to 30% for cloud and 27% for disk. Tape TCO has been shown to be up to 86% lower than disk and 66% lower than cloud, see those details here.

Security: Securing data and protecting information was a significant survey topic: 24% of the IT professionals stated they are experiencing weekly ransomware attacks while another 18% reported it’s a daily occurrence. Backup from tape remains the most commonly used mechanism to deal with data security as 49% said they would use tape to respond to a cyberattack. Tape storage provides offline backups that create an air gap between the system and the tape data helping to guard against attacks and to prevent cybercriminal access. 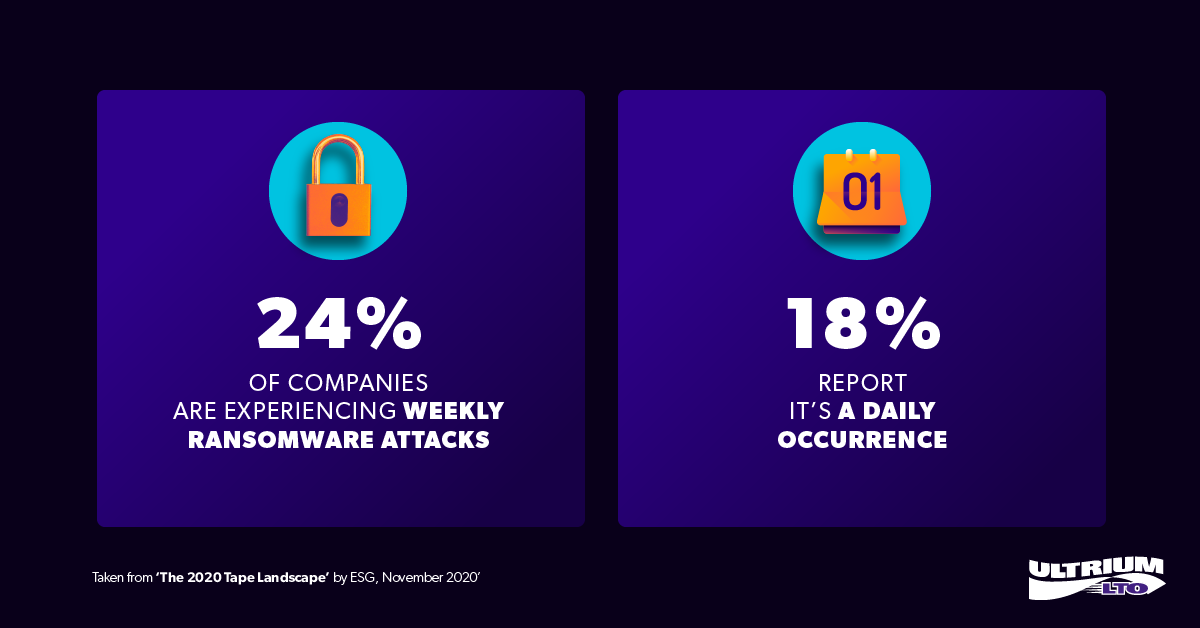 Data Retention: 52% of respondents said that they need to keep data for at least four years with another 28% needing to retain data for more than 10 years. Even though most data is rarely accessed after the first 30 days it must be recoverable.  Preserving data securely and cost effectively long term is essential which is another area where tape storage shines. View the value of tape video.

Ease of Use: Sixty eight percent of the survey takers said that the Linear Tape File System (LTFS) has improved data accessibility. LTFS helps make viewing and accessing tape files easier than ever before in a manner like using a removable disk drive. 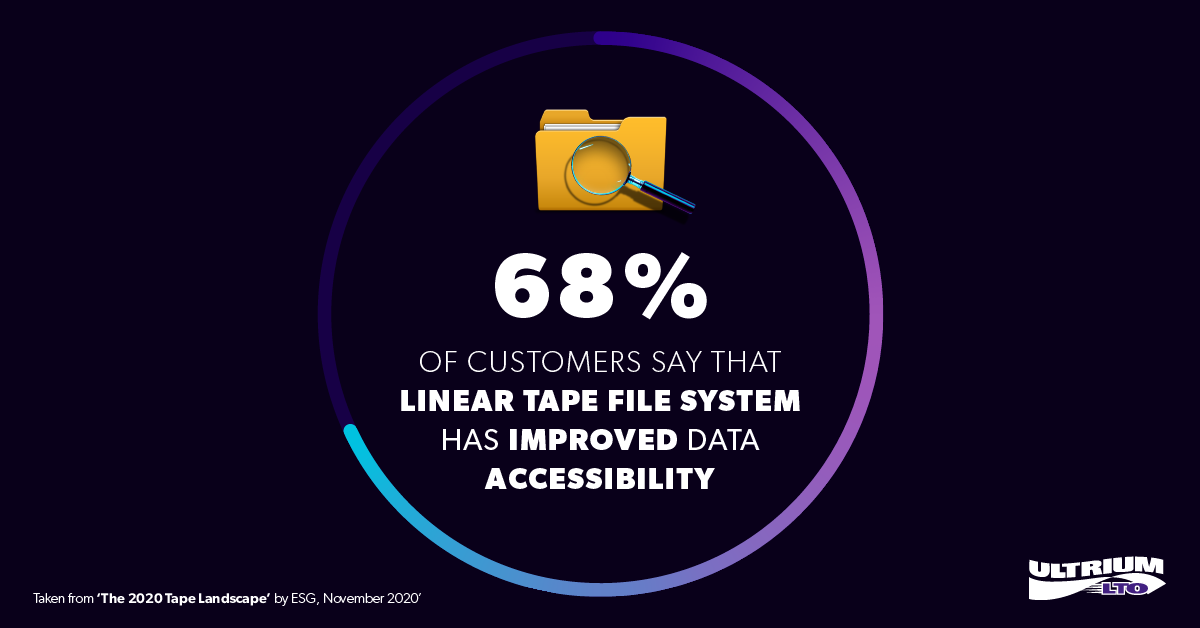 Sixty one percent of the IT professionals stated that they will increase their tape footprint in the future with another 26% that said they expect to maintain current levels of tape usage. As an indication of tape storage usage, a record setting 114,079 petabytes of total LTO tape capacity (compressed) shipped in 2019.

Customers have a number of options when it comes to archival storage. Protecting their information for the long term and doing so cost effectively are essential requirements. Tape storage has compelling and unique advantages to help them achieve those objectives and more. With LTO-9 solutions just around the corner, and a solid roadmap defined, LTO technology looks set to be crucially important in the Zettabyte Era. 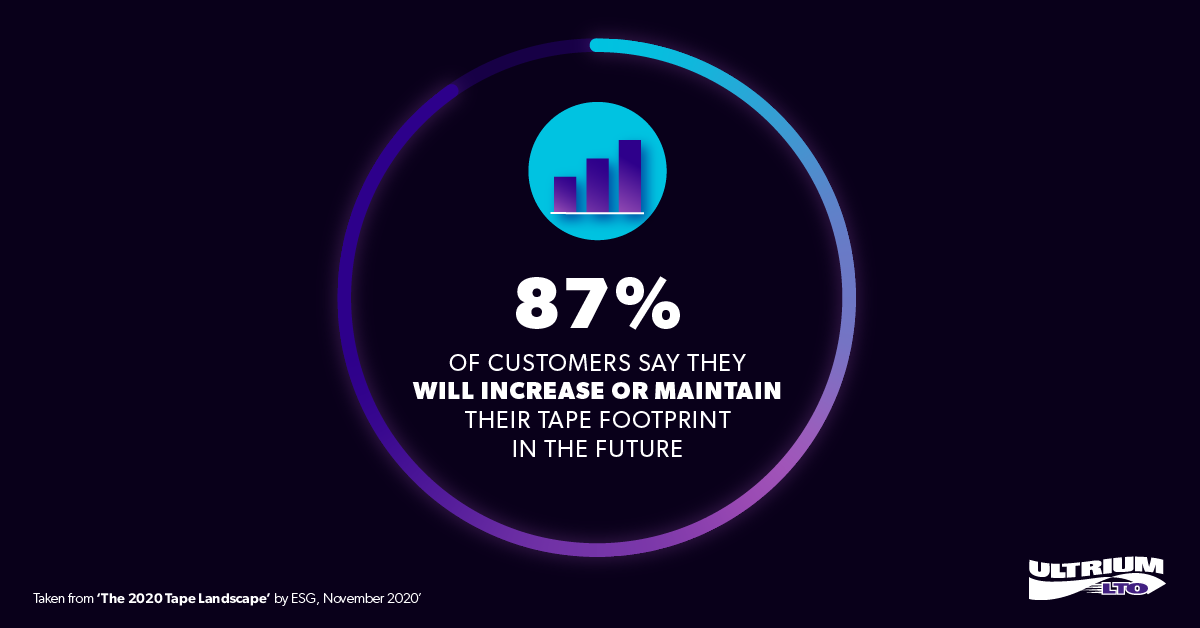 Tape is far from close to disappearing!

There’s a lot more to learn from the survey which can be viewed here, as well as an ESG ebook and webinar conducted by ESG that reviews the results.

For more about the future plans for LTO technology see the LTO tape technology roadmap. 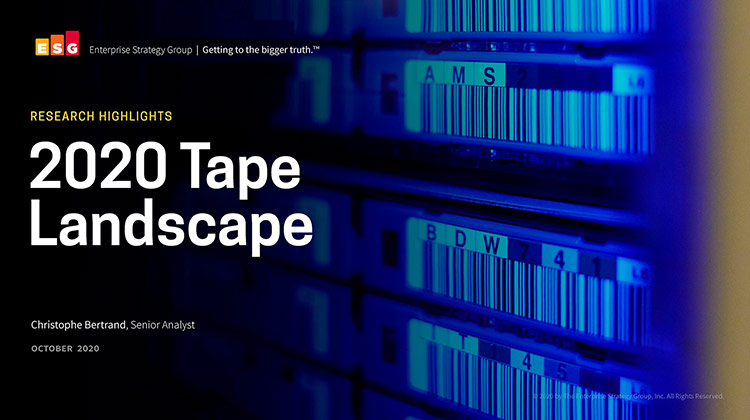