THE STORAGE CHALLENGES OF THE DIGITAL FUTURE!

IDC estimates that by 2025 there will be 7 trillion gigabytes of cold archive data, presenting unprecedented challenges for companies of all sizes. So what role does LTO tape storage play in this so-called ‘Zettabyte Era’? What do the experts say? We got three of the best technology minds together in a straight-talk webinar to answer these questions and other thought provoking queries.

TELLING THE TALE OF THE TAPE

In the webinar, Andrew Dodd, Worldwide Marketing Communications Manager from Hewlett Packard Enterprise, poses a series of questions to three of the experts involved with the innovation and development of LTO technology: Geoff Spratt from Hewlett Packard Enterprise, Mark Lantz from IBM, and Turguy Goker from Quantum. These three gentlemen are at the forefront of some of the greatest technological advances being made in the storage industry today.

TAPE IS GETTING STRONGER EVERYDAY

Some have said that tape is dead, although, they have been saying it for some time but alas, tape storage is very much alive, strong and kicking. As noted by Mark Lantz of IBM in the webinar, “At the end of 2019, pre-Covid, the world was using more tape than ever before, with , and recent research highlights that the vast majority of end users intend to stick with it. It provides incredibly secure and reliable safeguards against the threat of ransomware and other cyber-attacks.  And if you look at LTO technology, we have a roadmap that projects out for the rest of the decade and – most importantly – businesses are using it as much as they ever have.

The discussion continued to delve deeper into a variety of topics including the technical recipe for LTO tape technology. For instance, did you know that an LTO tape media is a kilometer long and five times thinner than a human hair? As Geoff Spratt from HPE put it, “… there is some quite staggering innovation at work in developing today’s LTO Ultrium solutions.” 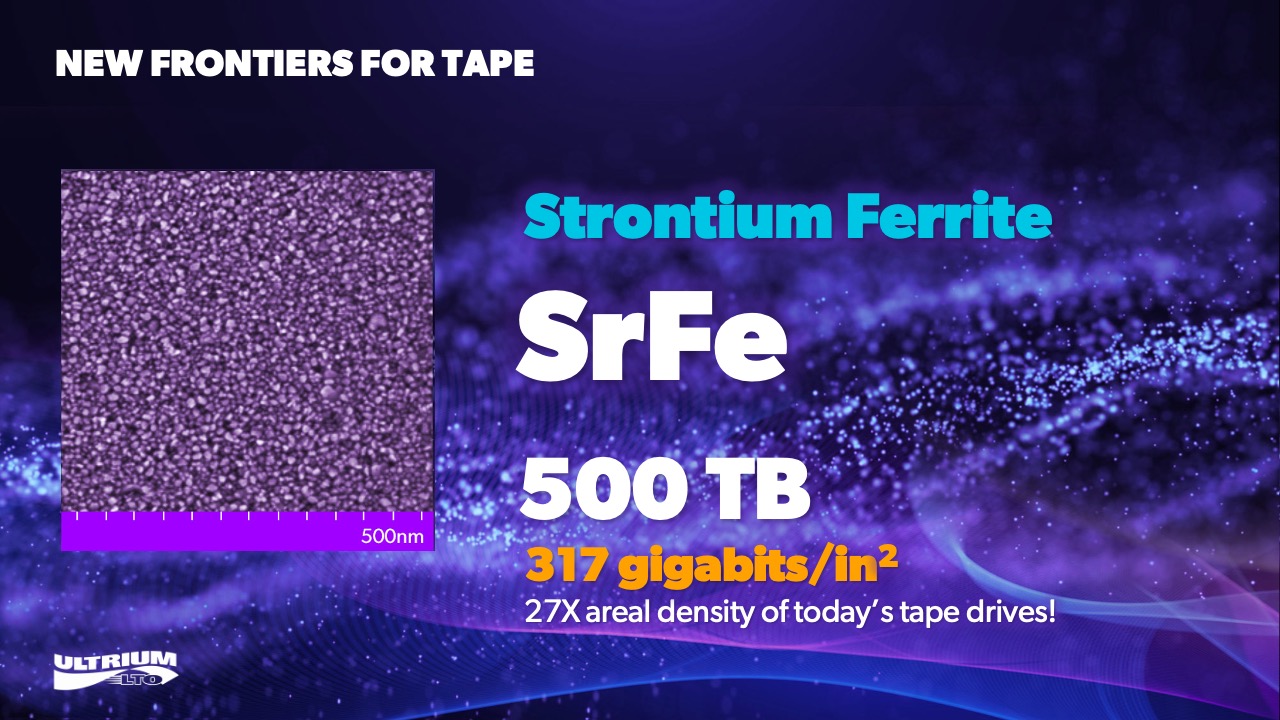 Diving deeper into the magic behind LTO tape, the team explained the significance of bit cells, signal to noise ratios, magnetic particles, and areal density. Turguy Goker from Quantum provides a captivating comparison of disk and tape areal density and explained that:

“The problem for disk drives is that they already have a very high areal density.  So unlike tape, where we have plenty of headroom to increase our areal density…..the hard disk vendors haven’t yet found a way to dramatically increase areal density still further.  And that’s because of the phenomenon of superparamagnetism…..To go beyond current areal densities and increase capacity, the magnetic particles deposited on the surface of hard disks need to be so small that they become unstable unless they have extremely high coercivity – which is then very difficult to write data to.”

So, how will tape and disk fare in the Zettabyte Era? What are the critical technical advancements? You’ll get the answers to these and much more in this compelling tape innovation discussion.

Spoiler Alert — You will find that LTO technology is positioned quite well to take on the challenges of the decade to come!

Listen in on our experts and learn all of the details in the webinar here.